Leading the Fight Towards Awareness and Prevention

Prevention is better than cure- is the saying we all are aware of. However this saying is even truer for an illness like Thalassaemia, which is incurable. Due to lack of awareness the concept of Thalassaemia is most oblivious to most of the population.

When TSI started its battle against Thalassaemia, the major part of the world was ignorant about the term “Thalassaemia”.  Thalassaemia Society of India has taken up the program to spread the message of prevention of Thalassaemia (mainly to the reproductive population) through different clubs, associations, schools, colleges and corporate. The organisation has taken up this agenda to spread this message to each and every corner of the society. Moreover preventing thalassaemia is based on identifying individuals at risk through carrier screening programmes or family history and providing adequate information on risk and possibilities to reduce that risk. Healthy carriers can be identified by simple, inexpensive and accurate blood tests. Carrier couples can, therefore, be detected and informed of genetic risk before starting a family. Thalassaemia Society of India is regularly conducting such programs. The awareness program of TSI got impetus with direct involvement of Mr. Tushar Talukder,  Ex-commissioner of Kolkata Police. With his direct involvement personality like Mithun Chakroborty involved himself with TSI as one of the leaders to fight against Thalassaemia. Amitabh Bacchan, Sushmita Sen, Bappi Lahiri, Goutam Mohan Chakraborty,  Commissioner of Kolkata Police also helped the organisation to carry forward with its mission of spreading awareness.

Thalassaemia once termed as a dreaded illness, has succeeded in removing the stigma from its name, as this is now considered more as a chronic illness.
Advancement in medical science has mainly contributed to this factor. This is more evident if we seen in retrospect, the patients who came for treatment at TSI at an early age and gradually with the passage of time they entered the adolescent stage and finally they step into adulthood. As they finish the school level many of them show interest in different fields. Some of them are now graduates, Master degree holders, Medical Students etc. Some of them are even tying knots with non-carrier TSI’s role in this regard as a facilitator to involve them in their respective field of interest is most important. This will help them to be at par with the mainstream society and live an independent life of their own.

Without whose help the work would have been impossible…

Crossing all hurdles, The Thalassaemia Society of India is now standing at the verge of its 25years of completion. This is also the time to remember all those whose contributions have assisted the organisations to carry forward with its mission. We salute to all those noble hearts who has contributed morally and financially and has imparted a valuable part of their time for the benefit of the society.

Life is not a blank canvas…

Even if they are born with the illness of Thalassaemia, nothing can stop them from enjoying every moment of life. Life is a gift, and love is its substance. These children have remained undaunted in their struggle of life. Thalassaemia is now a part of their life, but not the whole of it. These patients who came as toddlers now are all grown up children with dreams in their heart and hopes in their mind. They now stand as the inspiration to the organisation and to the society at large. 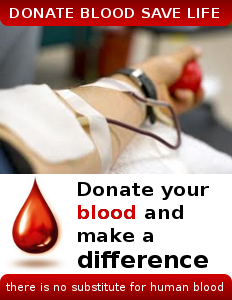